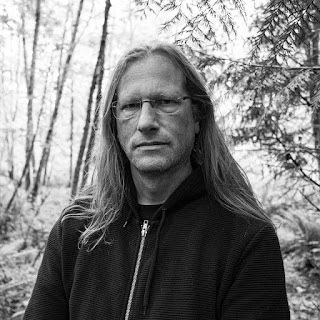 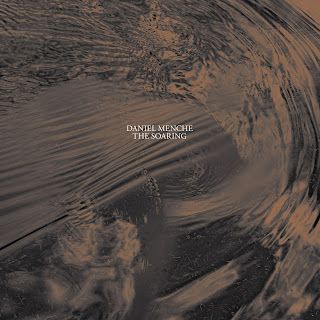 Over the course of Daniel Menche’s three-decade career, the esteemed experimental composer/musician has explored the textural dimensions and emotional weight in an endless variety of sound sources. On his 2008 release Cerberic Doxology, Menche collaborated with Joe Preston (Thrones) by embedding his colleague’s rich singing voice into his layered composition. “I realized that the human singing voice contains the most dynamic harmonics and stands on top of that list of true music purity,” Menche said of the experience, and he began investigating the option of composing a large-scale piece centered on vocals. The initial vision for The Soaring was to commission four classically trained vocalists to follow his notation and later manipulate the voices into a sprawling ambient record, though Menche came to realize that the piece held more emotional resonance when he collaborated with like-minded artists. He enlisted Preston and Faith Coloccia (Mamiffer, Mara) to provide the vocal source material. “It struck me that a baritone and a falsetto voice of the two would get the job done—to make an hour-long piece of continuous music that melts gravity and gives the sense of soaring,” Menche says. Given that Menche’s last release on Sige Records was titled Melting Gravity, it makes sense that his...  more

Recorded on Vashon Island and in Winlock, Washington throughout the Autumn of 2019
Mixed and mastered in Portland, Oregon

Mastered in the analog domain at Stereophonic Mastering

Posted by Faith Coloccia at 9:33 AM