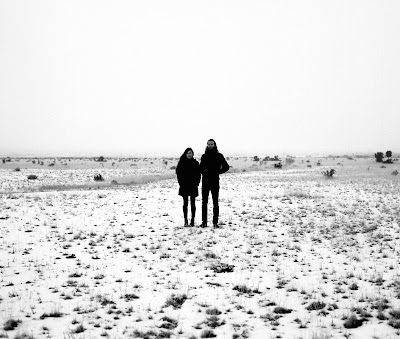 Mamiffer (the duo of Faith Coloccia and Aaron Turner) have announced their forthcoming LP, The World Unseen, for release via SIGE Records in March 2016. Light and dark, stark and slight, their music has grown ever stronger in its ability to captivate across longform passages. Their amorphous approach enables them to make deft atmospheric shifts from breathless isolation to life-affirming absolution, a key signifier of their otherwise variable sound. Slow without resorting to doom platitudes, their’s is a powerful lamenting force – a prairie emptiness punctuated with single shots and tangible melodies, encased in folds of chorale disintegration and nuanced abstraction.
“If you must have a language, let it be one whose quantity cannot be reduced to a single sound, one that moves without displacing, that describes without being written, that knows the letter and yet is the spirit and has the spirit to be without recourse to visibility, that is made of time and not altered by time, that knows neither childhood or age, neither the tongues or the teeth that gnaw at foreign languages, that gives birth to itself, whose soul is everywhere and nowhere, that is free in its coupling. Air cut out of air… a motive force of infinity… and the world will be music… where birth and death overlap.”
-Hélén Cixous
ABOUT THE WORLD UNSEEN…
For Mamiffer’s Faith Coloccia and Aaron Turner, music is a divine language, a code to be deciphered, a map riddled with clues. Their latest album, The World Unseen, is a conceptual and liminal document of numinous connection through an experience with loss. It is an exploration of subconscious and psychic bonds between the past and present, and the ways in which the musical devices of repetition and incantation create hands across the chasm that divide the human from the divine.
Through the use of piano, voice, guitar, Wurlitzer organ, bass synthesizer, tape machines, and effects pedals, Coloccia and Turner have created an eight-song aural lexicon that vacillates between Arvo Pärt’s delicate minimalist beauty, Thomas Köner’s narcotic pulses of noise, and Richard Pinhas’ sublime textural patterns. Further expanding upon their explorations, Mamiffer enlisted Eyvind Kang for string arrangements. Geneviève Beaulieu (Menace Ruine) and Joe Preston (Thrones) make guest appearances on “Domestication of the Ewe pt. III”, contributing additional choral vocals and bass, and adding greater dimension to their auditory crossings. Despite this impressive arsenal of musicians and instruments, Mamiffer ultimately depends as much on empty space as they do upon the various oscillating frequencies within their sound. “The record is imperfect,” says Coloccia. “It has within its heart an incompleteness, a stillness containing the presence of absence and loss.”
It was a slow and patient journey to arrive at the final formation of The World Unseen. Chance, accident and imperfections were used as compositional tools, and unplanned chaos revealed itself as having its own harmonious order and healing litany. The songs took their shape from source material that stretched back as far as 2011. Mamiffer then began to capture those songs in recording sessions at their home studio and at AVAST! Studio in Seattle with producer/engineer Randall Dunn throughout 2013 and 2014. The World Unseen sees the light of day in March 2016 on CD, 2xLP, and digital formats via SIGE Records in the U.S. and as a CD with a bonus disc on Daymare Records in Japan.
(Brian Cook 2015)
More on this release in the coming months…

Heres a new interview I did with Scene Point Blank:


6. How relevant is the physical format record/cd/tape in 2015 and going into 2016? What do you see changing in terms of physical vs. digital discussions?

I have no idea! I am open to all possibilities about formats. It seems that regardless of PR, record sales, or digital formats, people are incredibly inspired, and are making amazing, and challenging music. I still have a fondness for the physical format, and producing that. Especially with SIGE's hand made releases. I like to know and feel that part of the artist's presence is still in and has interacted with the commodified object. That the personal can reach out to touch the listener through the physical format.
Although: I also really like knowing that someone far away who cannot get the physical release or afford it, can be touched by hearing the human voice come through foreign computer speakers, that the spirit of creation and the human pulse can still be felt through bad connections, broken systems and murky digital streams of capitalism. So I am hopeful that regardless of what format a release is on, that people still believe in the power of music, and the communities it helps foster and create.


My artwork will be included in this group exhibition curated by Amelia Ishmael in the Sector Project space next year:

Mára "Surfacing" is out today!

You can get the digital HERE
https://sigerecords.bandcamp.com/album/surfacing

and the cassette here at SIGE records
http://sige.bigcartel.com/product/mara-surfacing-cassette 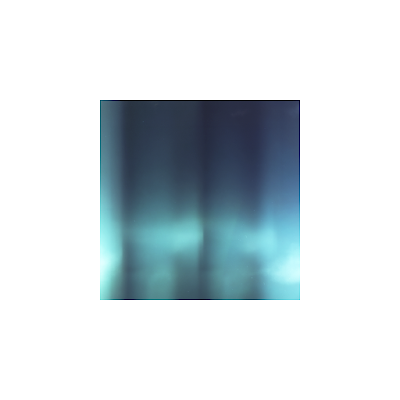 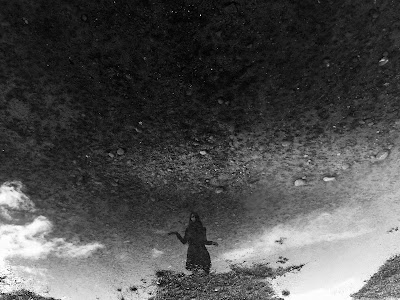 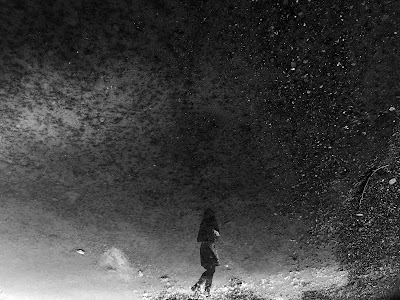 Posted by Faith Coloccia at 10:37 AM No comments:

You can hear "The Gift of Life" at FACT magazine today: 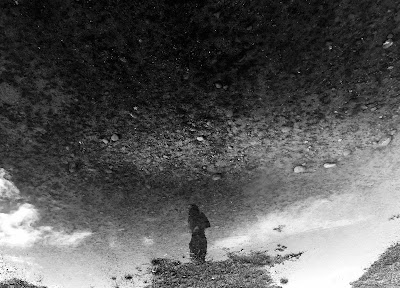 Posted by Faith Coloccia at 10:01 AM No comments:

“Love And Infinity” by Māra from The Wire Magazine on Vimeo.

Posted by Faith Coloccia at 10:50 AM No comments: