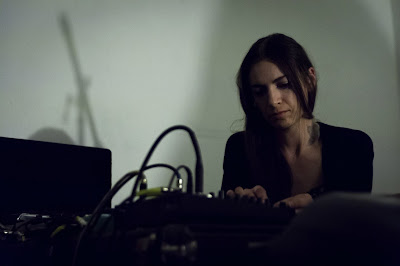 I made a song for The Wayward Music Series: https://www.waywardmusic.org/?p=5766

Faith Coloccia is an artist and musician who works under the names Mamiffer and Mára. Her recordings have been released on SIGE records, Karlrecords, Room 40,Blackest Ever Black and Hydra Head. She is the co-founder of the experimental music label SIGE Records.

Halfway through the shutdown and the pandemic I started going through all of my cassette field recordings from when my son was first born. The current state of our collective consciousness was layered on top of the sounds recorded before I knew that the events and hungry ghosts of 2020 were even a possibility. I couldn’t unhear the “Before” and “After” of this year. Recordings of the past are now laced with a heavy urgent present.

The work I have been doing with the recordings corresponds to my son learning language, first abstractly and now more concretely, as he learns individual letters removed from their subjects. How does communication develop if sounds are missing, or if time or limitations take a consonant away? What if you cannot be heard, or if someone has forgotten how to listen? Communications through click and vibration. There is a window of time where language can take root in a child, along with ideas that the language carries. How does this information become a story, passed down through families? In making this song, I was reaching for a sound antidote, and a lineage prayer.

Source material: cassette field recording of Needle Creek on Vashon Island while walking with my then 2 year old son, 2018.

Voice and Organ recorded and mixed at home August-October 2020 by Faith Coloccia. Mastered by Kevin Ratterman.

Posted by Faith Coloccia at 10:33 AM No comments: Commissioned by and performed at 15. Sacrum Profanum Festival, curated by Krzysztof Pietraszewski

Additional recording by Aaron Turner at The House of Low Culture, Vashon, WA, 2016

Artwork and design by Faith Coloccia

Faith Coloccia’s music as Mamiffer behaves as a living organism that feeds off its surroundings as it multiplies and evolves to live in harmony with its environment. This malleability is presented in Mamiffers’s latest record, Mettapatterning for Constellation. The album features two incarnations of a single composition by Coloccia, commissioned by the Sacrum Profanum Festival in Krakow, Poland. Side A documents the 2017 live presentation of “Mettapatterning for Constellation” as performed by the Półdzielnia Muzyczna contemporary ensemble, orchestrated by Eyvind Kang, conducted by Mateusz Rusowicz, and mixed by Randall Dunn. The B side features the initial pre-notation home recording of the composition, “))((Mettapatterning for Constellation <ll>,” as performed by Faith Coloccia, Aaron Turner, and percussionist Jon Mueller. Together the two tracks not only depict the emotional depth and textural vibrancy of Coloccia’s vision, they model the organic breadth and variability of the work. The two versions have distinct intentions and diametric harmonic spiritual relations. A perfect metaphor for Mettapatterning would be that of eukaryotic organisms: those that can live freely as single cells, but can also aggregate together to form multicellular reproductive structures, just as a lo-fi 4-track creation can evolve into its own distinct, transcribed, and orchestrated form when presented to the world.

Posted by Faith Coloccia at 11:35 AM No comments:

Particle Count is a compilation of field recordings from areas of the US west coast affected by recent wildfires, curated by

My cassette field recording is from needle Creek Vashon WA 2018 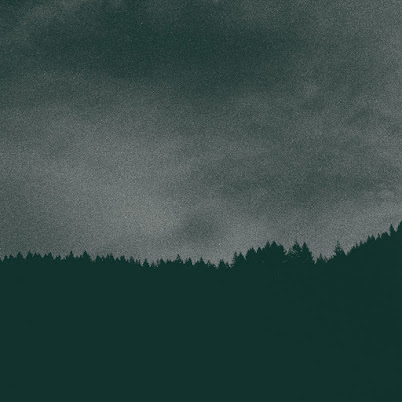 Posted by Faith Coloccia at 10:38 PM No comments: 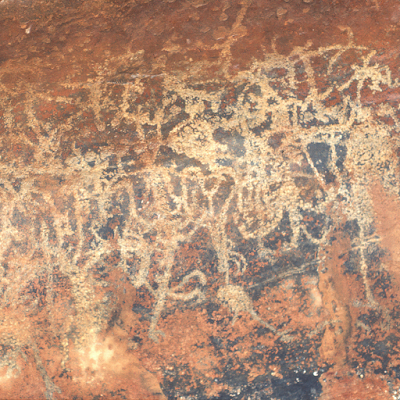 12 tracks, 1:42:06. Digital download with .pdf booklet. Touch will pay all receipts to the artists; any donations above that will go to support the label. Buy “Mutatis Mutandis” on Bandcamp. Photography: Sydney Russell.

The four colour plates by the art historian and author Sydney Russell show cave art from 4,000 to 6,000 years ago. Taken in Brazil on one of several expeditions she made around the world, these highly emotional works reveal the sophistication and ageless quality of the imagination of the peoples who were expressing themselves at this time; they have been slow to reveal their beauty to us, having survived all weathers; their acoustic soundtrack unfolds slowly, submersive and involving.

Sydney Russell writes: “These photographs were taken in 1976 in Brazil. We eventually obtained minimum radio carbon datings for levels covering the paintings from approximately 3750-2500 BCE. They originate from the rock shelter sites of Sucupira, (Lagoa Santa) and Lapa do Cipo (Santana do Riacho), near Minas Gerais and Quadrillas (Montalvania), Bahia.”

There are many other delights in the Spire section of Touch’s Bandcamp page. Please check them out: theeternalchord.bandcamp.com

Posted by Faith Coloccia at 10:24 AM No comments: 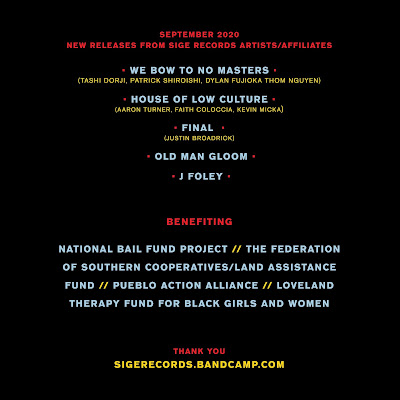 Posted by Faith Coloccia at 10:21 AM No comments: 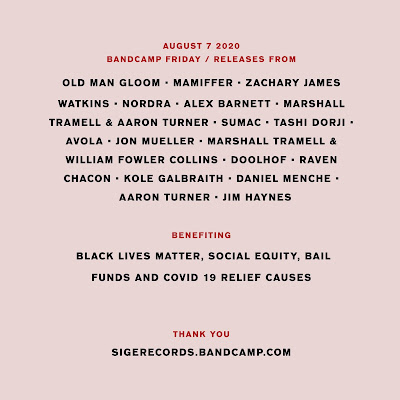 Posted by Faith Coloccia at 9:05 AM No comments: 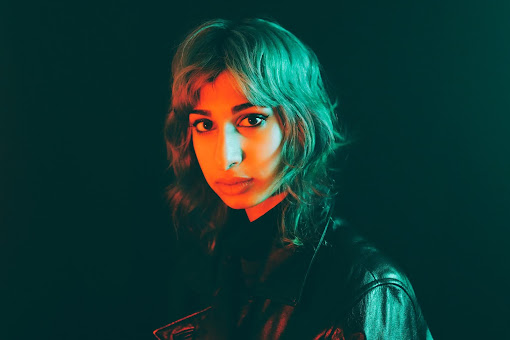 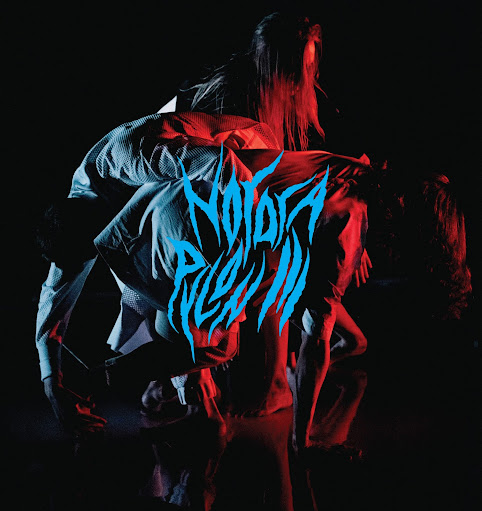 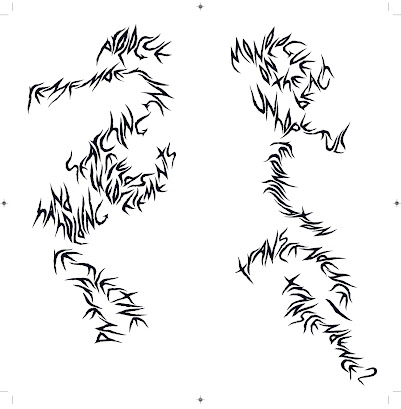 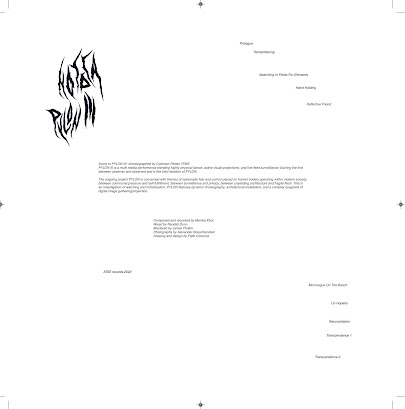 Searching In Fields For Elements

Monologue On The Beach

PYLON III is a multi media performance blending highly physical dance, active visual projections, and live-feed surveillance; blurring the line between observer and observed and is the third iteration of PYLON.

The ongoing project PYLON is concerned with themes of systematic fear and control placed on human bodies operating within modern society; between communal pressure and self-fulfillment, between surveillance and privacy, between unyielding architecture and fragile flesh. This is an investigation of watching and individuation. PYLON features dynamic choreography, architectural installation, and a complex quagmire of digital image gathering/projection.

Composed and recorded by Monika Khot

Drawing and design by Faith Coloccia

Composed and recorded by Monika Khot

Drawings and design by Faith Coloccia

Posted by Faith Coloccia at 10:26 PM No comments:

Faith Coloccia
Faith Coloccia is an artist, composer and graphic designer. She is in Mamiffer, Māra, Barnett+Coloccia, House of Low Culture and is the co-owner of SIGE Records and Publishing.